Now that they are closer to "normal" newborn size, the babies are not sleeping as much and instead ready to squirm around and "play"!  Here are a few quick pics of them: 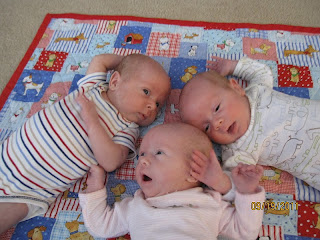 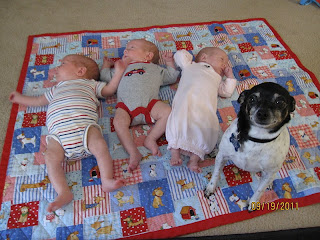 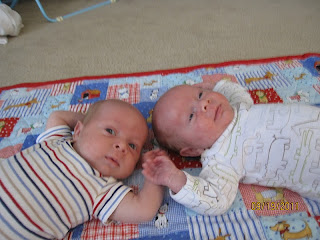 Also, I forgot to upload their pics to mark one month, so here they are a few weeks late!  I'm going to take them with the same bears each month to see their progress!  Those bears have been with them since their incubators in the NICU (thanks aunty ray ray!) and are gradually looking smaller compared to these fast growing babes!! 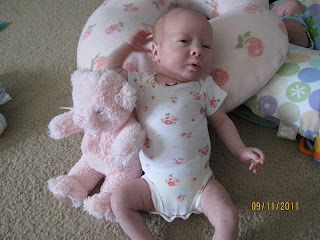 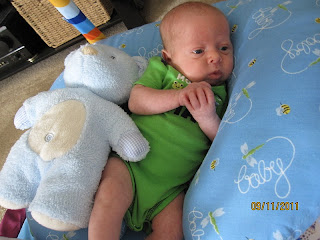 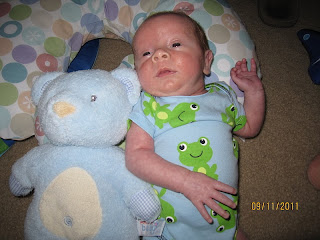 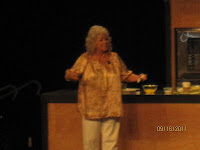 Had to include a pic from the Paula Deen show this weekend...she was such a hoot!  We had a great time at the cooking expo trying all those yummy foods and seeing her!  It was like the Nutrcracker Market but mostly foods instead of decor/clothing....great day!
Wanted to say thanks SO MUCH to everyone who has brought dinners the past few weeks....I can't even tell you how much we appreciate it, and how much it helps during the busy evening times!  Plus the food has been AMAZING!  We are so lucky to have such awesome family, friends, neighbors, and co-workers!!  Love you all!!
Posted by lauren at 8:25 PM